2030: a nuclear powered aircraft carrier has crashed on the outskirts of Melbourne. Fearful of possible radiation, residents in the vicinity of the crash site abandon their homes — leaving them vacant for the homeless to occupy.

A community has developed around the Lincoln Square area which sits on the edge of the crater.

The refugees here have began growing their own crops and aid is brought in along with the construction of new infrastructure.

Trucks of donated supplies are brought to the square daily, to the hanging market set-up to be traded with the inhabitants.

Nestled into the sloping landscape and under the dense canopy of evergreen Moreton Bay Figs, the refugees could almost forget they are under the watchful gaze of an imposing government run scientific facility sits on the eastern border of the site.

Their base monitors both the radiation levels from the crater as well as the aid tracks which leave the refugee’s markets, making sure none of the potentially radioactive produce grown on Lincoln Square leave.

The refugee community’s use of Lincoln Square arose first from Marion’s love of agriculture. Having been brought with her daughter’s family to the abandoned houses around the square, she began growing produce in the sun-lit northern corner of the site. Her produce began to build the sense community between the people who had occupied the home around the square. She is not the leader, but the catalyst for the banding together of the refugees to provide for one another.

She oversees the mass of agriculture on the site as well as the produce which is traded in the market set up. As the aid worker designed that space with her in mind, a language of sloping ramps emerged which afforded Marion, even with her limited mobility, access to the overhead walkway.

Despite her slow pace and arthritic hips, Marion can constantly be seen carting loads of apple or tomatoes up to the market space in her trolley, her grandchildren close behind with their own wheelbarrows filled with turnips and radishes.

Design project for Design Studio Alpha at the University of Melbourne.

The project focuses on creating micro-infrastructure for a place of trade and exchange on Lincoln Square north of Melbourne’s CBD. The task asked designers to create an imagined future, a decrepit dystopia in 2030. 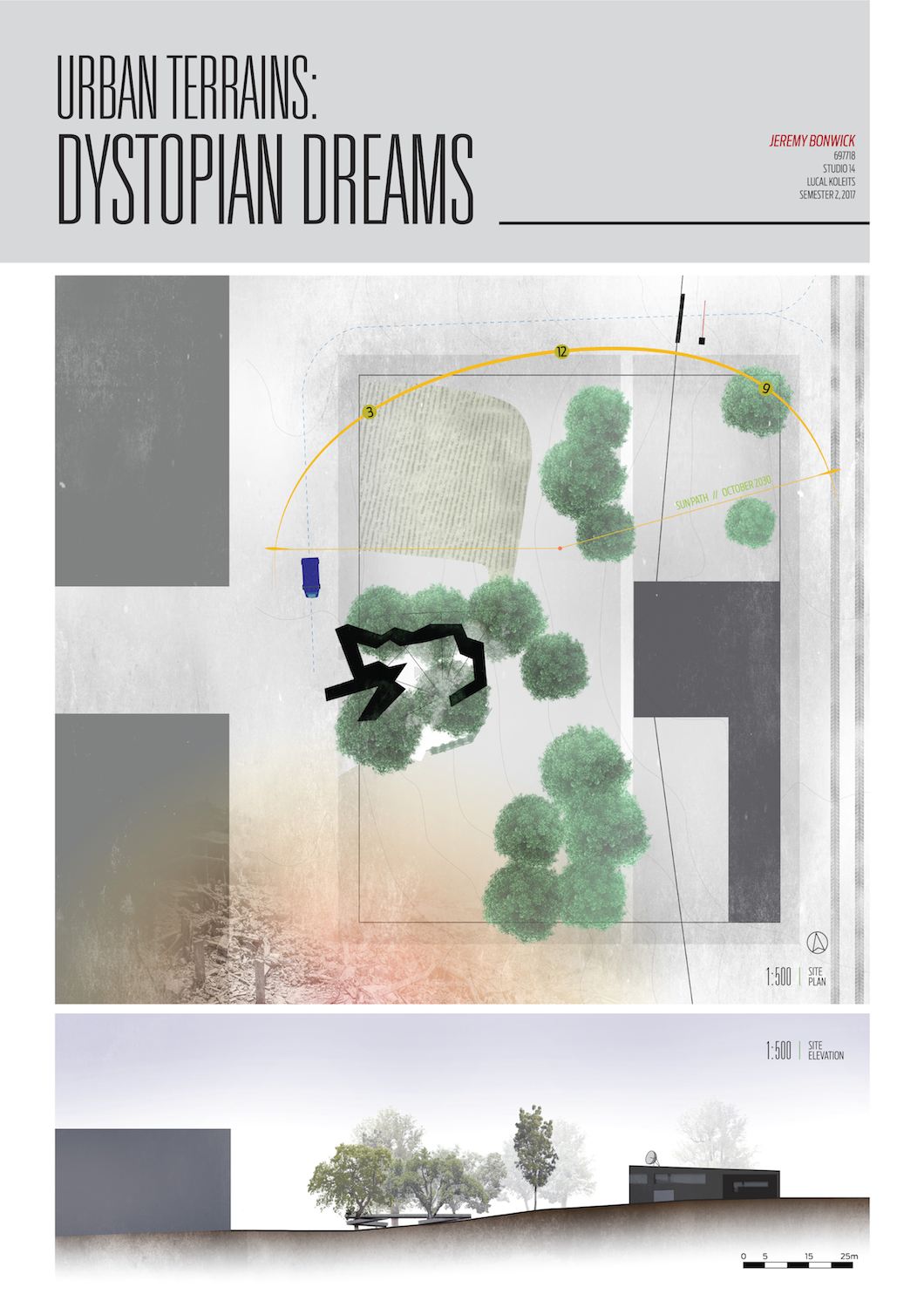 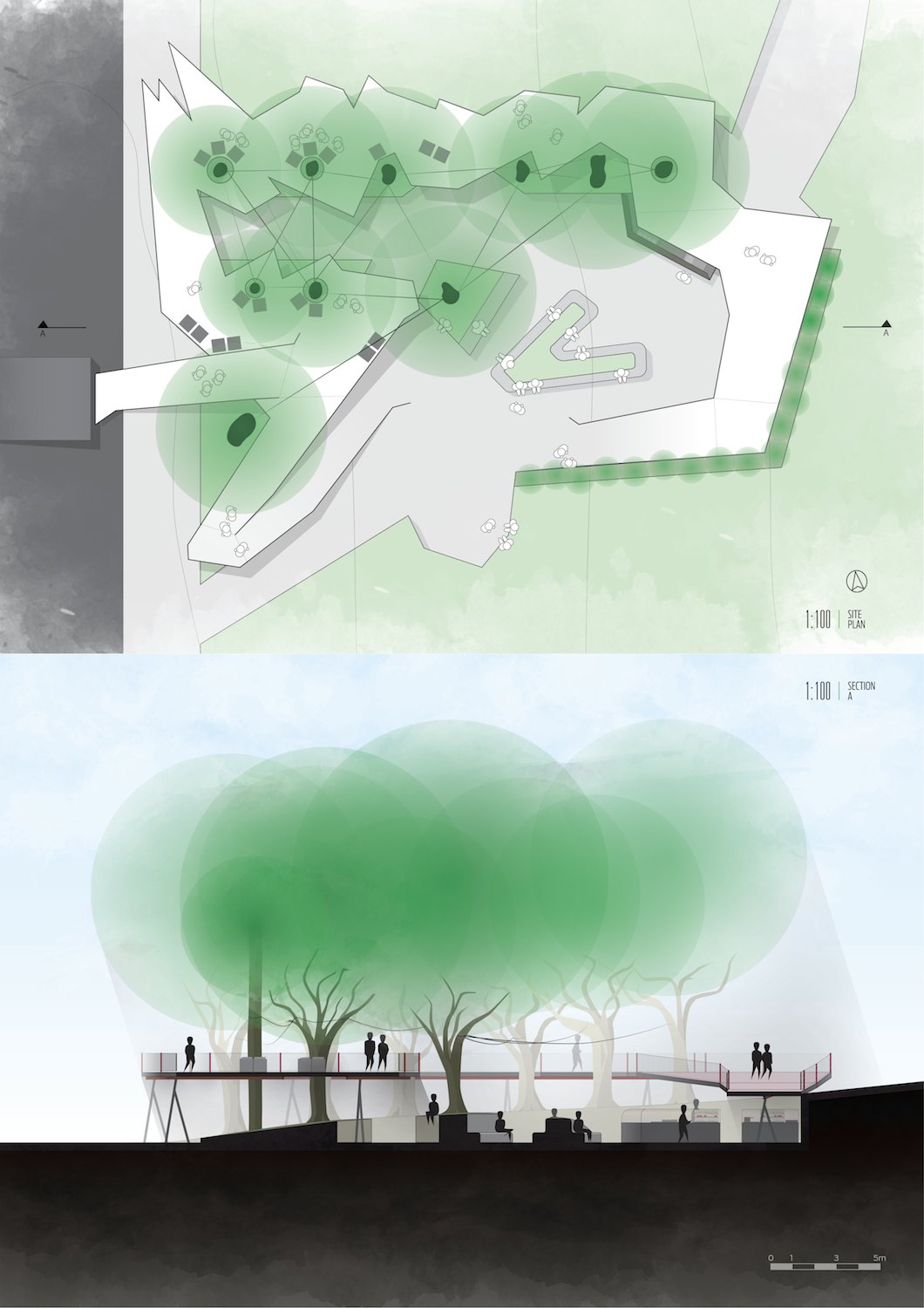 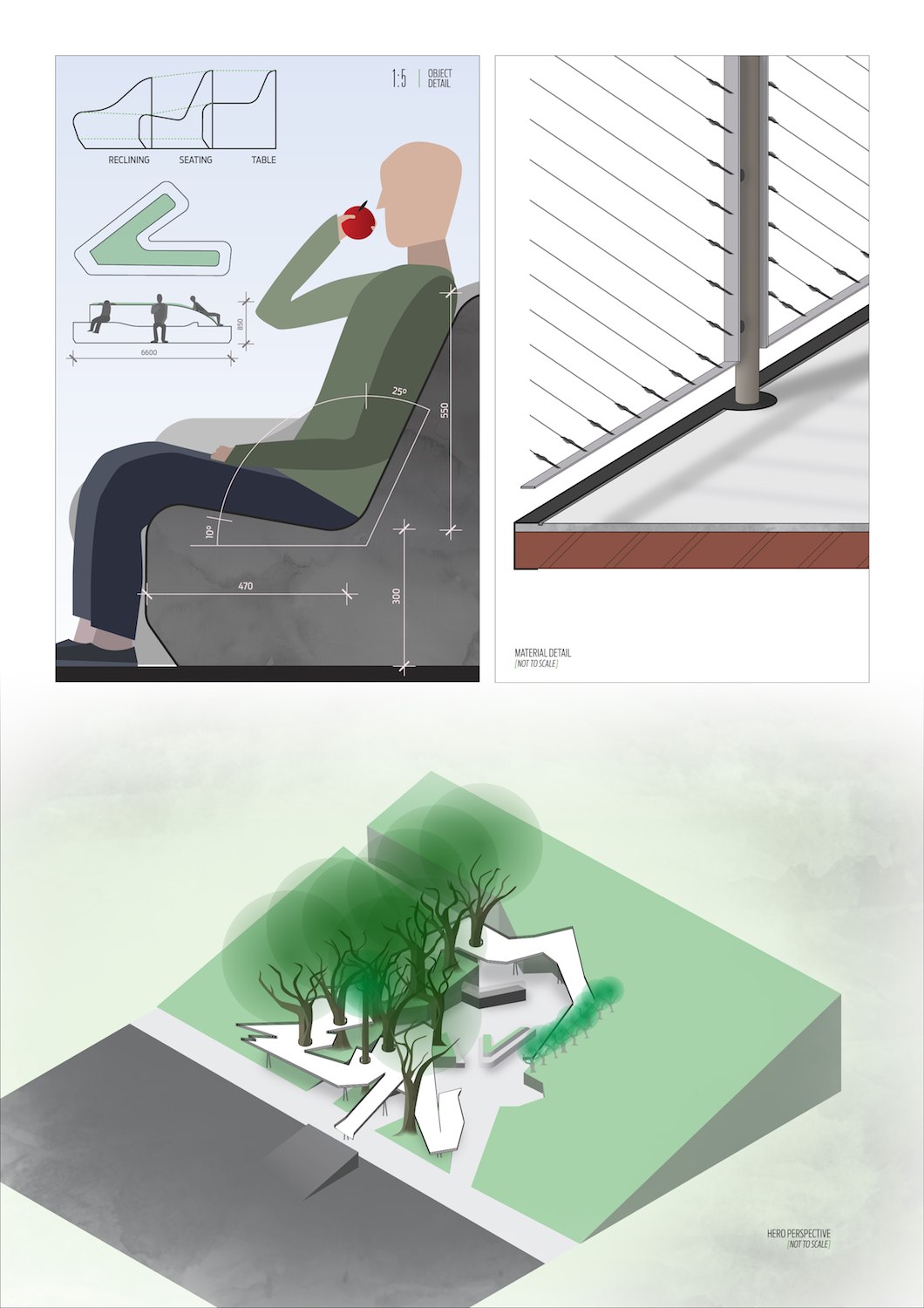 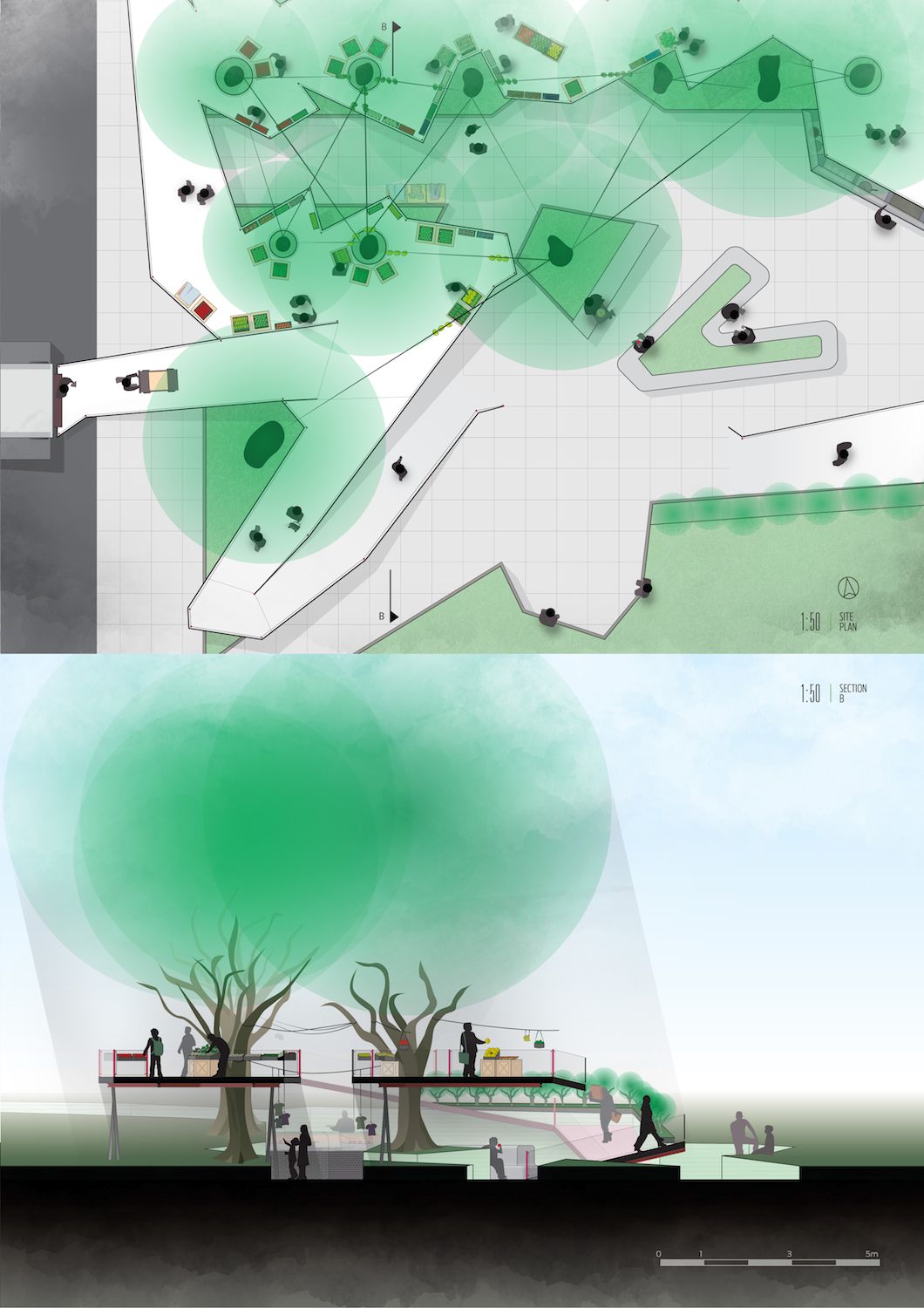 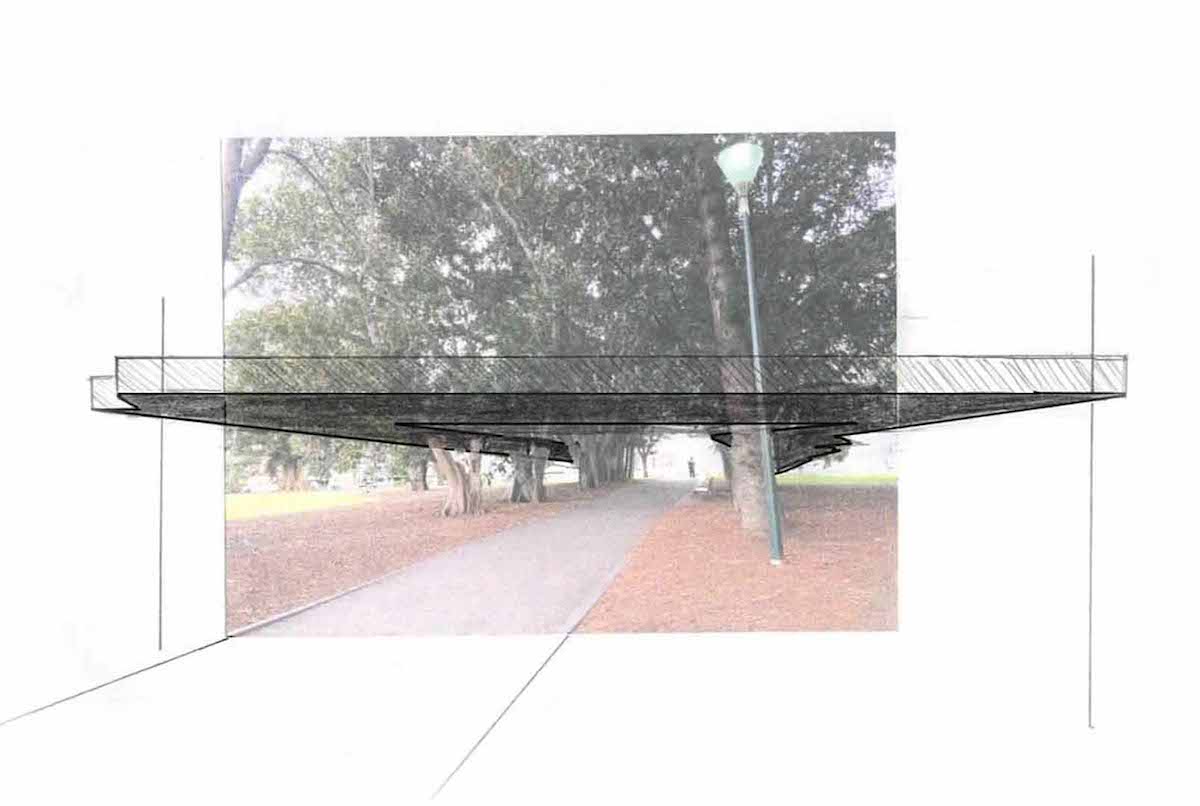 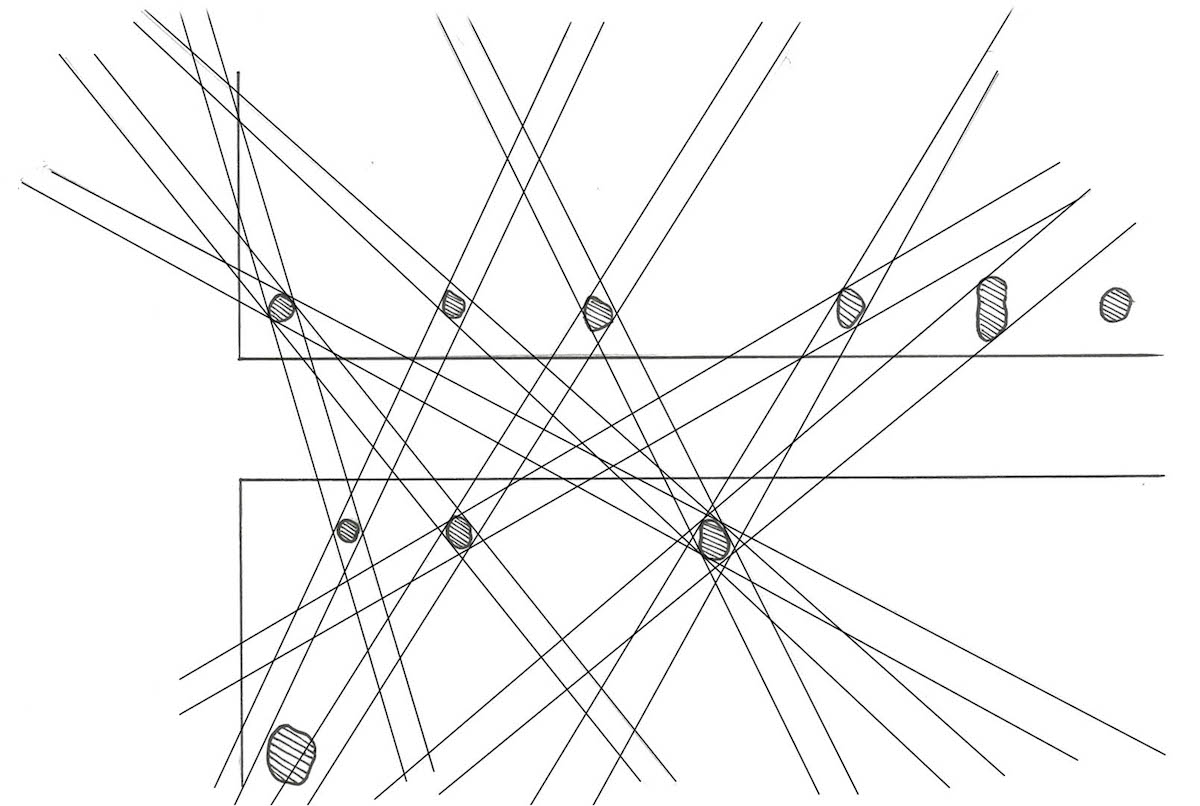 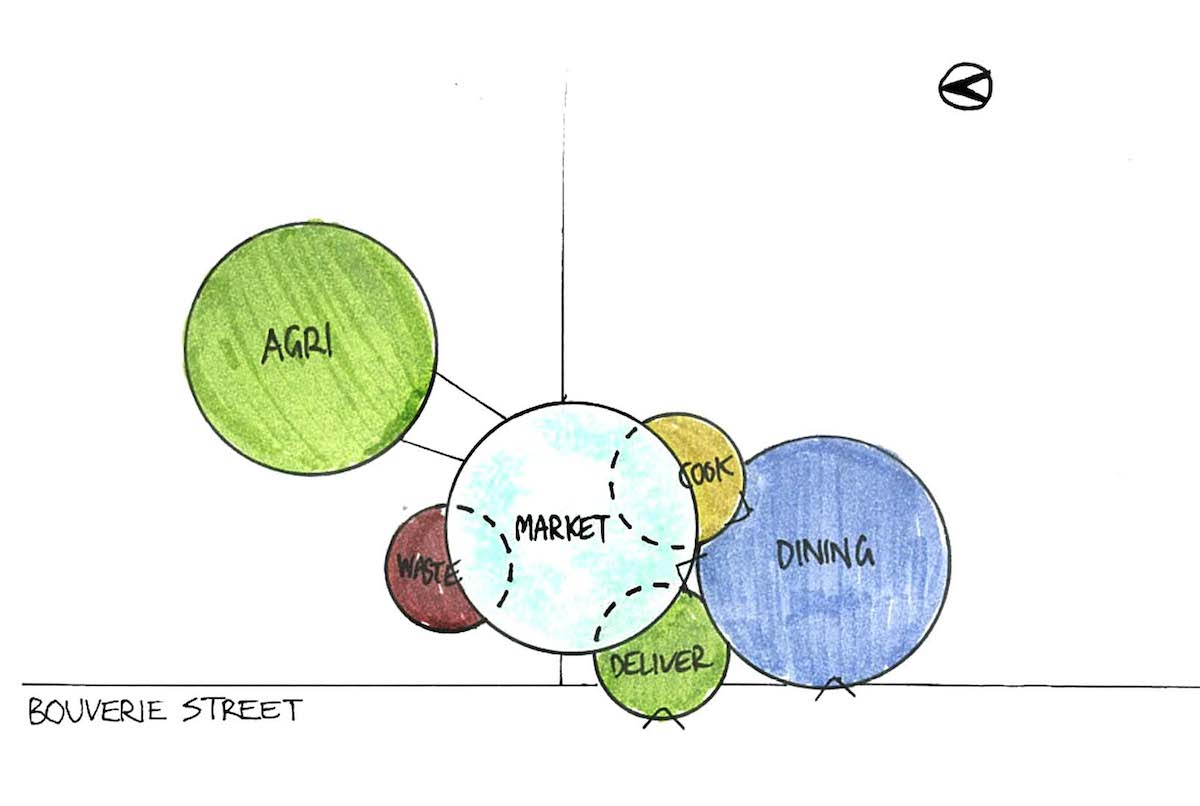 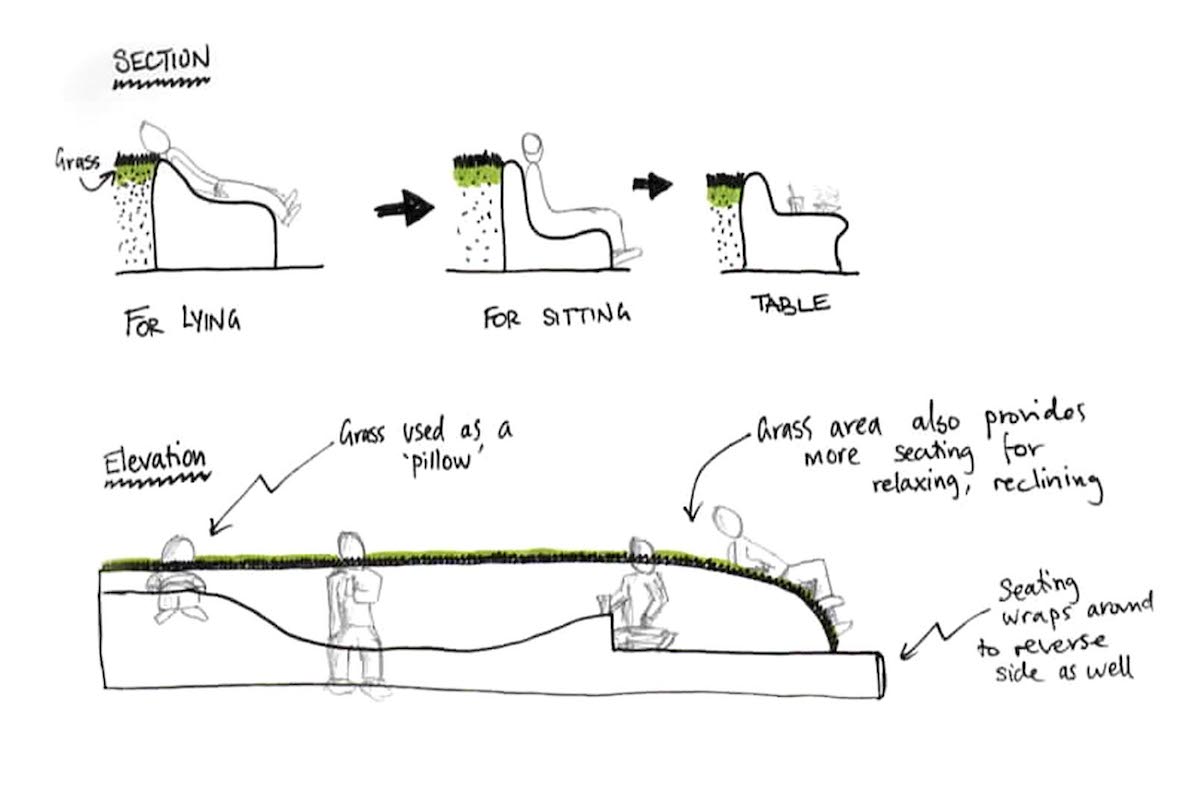